part of the easy® family of brands

The easy brand launched in 1995 with the inaugural flight of an airline offering low cost travel across Europe – easyJet.
Two decades on it has transformed how people in Europe think about flying. With the warmth of its standout orange aircraft livery and uniforms, easyJet's affordability and accessibility has been ground breaking.

Founder Stelios Haji-Ioannou came up with the brand name and then picked out the brightest colour no other airline had previously used – Pantone 021c – or as it is now known, easy orange. 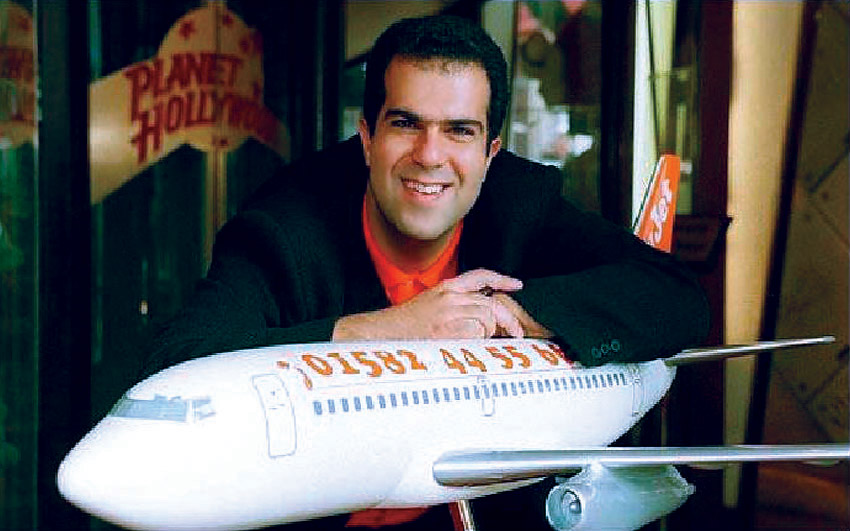 The famous PR campaign featuring Stelios and Lorraine 'Luton Airport' Chase holding a replica aircraft and a pair of jeans in 1995.

The strap-line was 'Making flying as affordable as a pair of jeans - £29 one way.'

Stelios waving from the aircraft door as the first easyJet flight prepares for take-off at 7am - 10 November 1995 from Luton Airport to Glasgow.

An aerial view of the first easyLand HQ at Luton Airport.

The businesses in the easy family of brands follow these 8 easy brand values:

2. Taking on the big boys

The excitement of a new player in the tough aviation game demanded energy and courage.

The first fights were from London Luton to Glasgow and then to Edinburgh in November 1995.

Crucially Stelios turned his back on the traditional high street travel agents (and their generous commissions!) by getting customers to book their own flights – first on the telephone –

Customers loved this new approach while crucially it kept costs down. By 2017, easyJet had become one of the biggest airlines in the world operating more than 800 routes in more than 30 countries with a fleet of over 260 Airbus aircraft.
More than 10,000 people now work for easyJet including 2,300 pilots and 5,000 cabin crew. 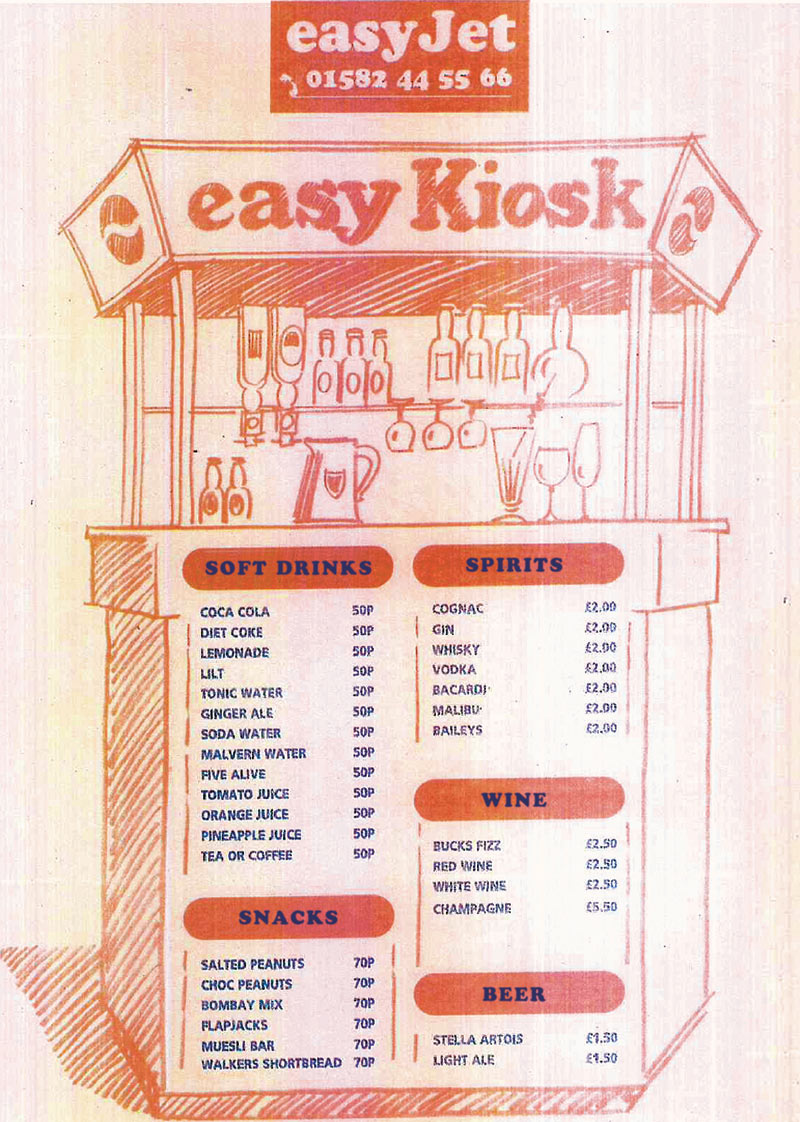 easyKiosk snacks for sale replaced the traditional free on-board meals of other airlines.

In one of the best know acts of guerrilla marketing, Stelios and nine easyJet colleagues dressed in orange boiler suits booked themselves on to BA's low cost carrier, Go's inaugural flight from Stansted in 1998. 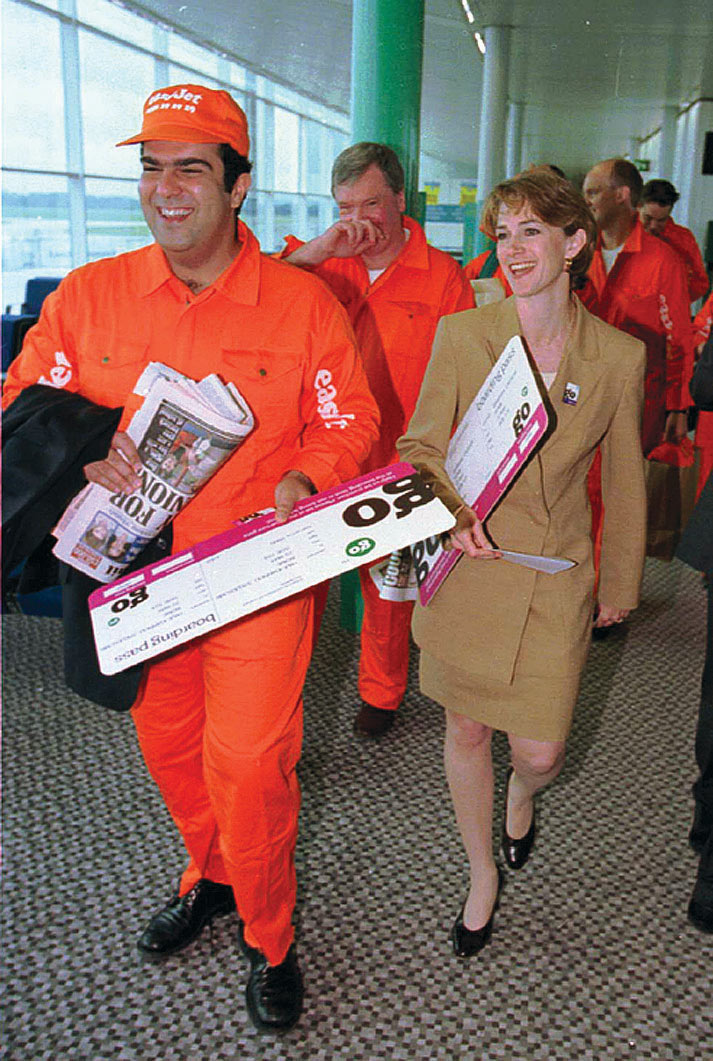 This stunt attracted the attention of the press and proved to be a great source of publicity for both airlines.

3. The easy family of brands

Stelios retained ownership of the easy brand, (including easyJet) in his private company easyGroup; the Monaco/London based company now enjoys a predictable income from licensing it in return for a royalty based on turnover (not profits).

and many, many more 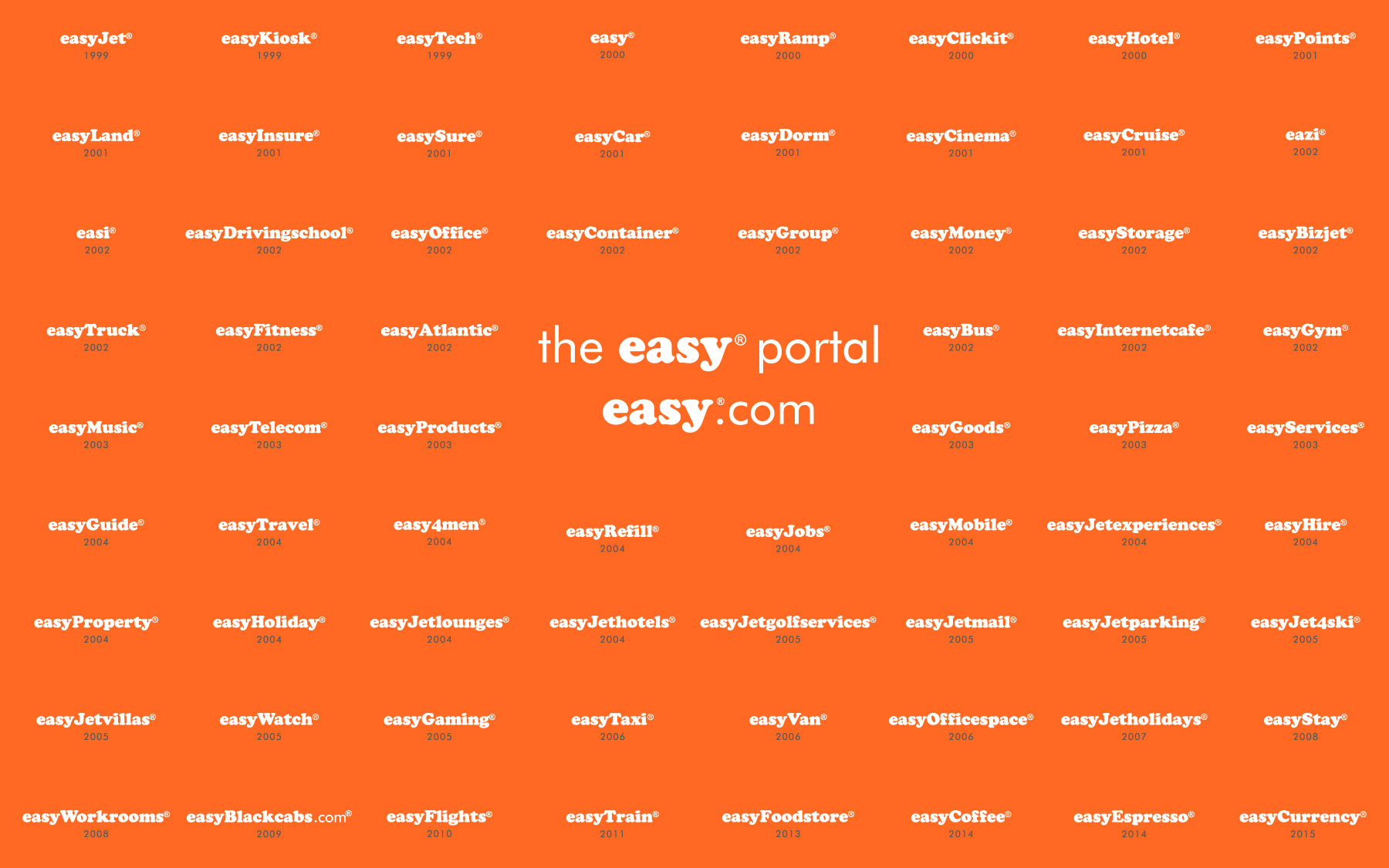 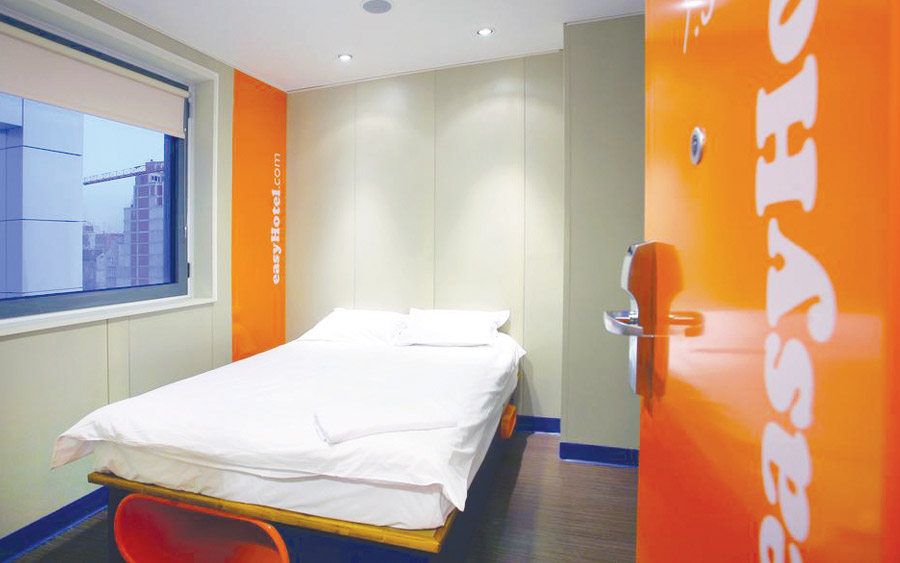 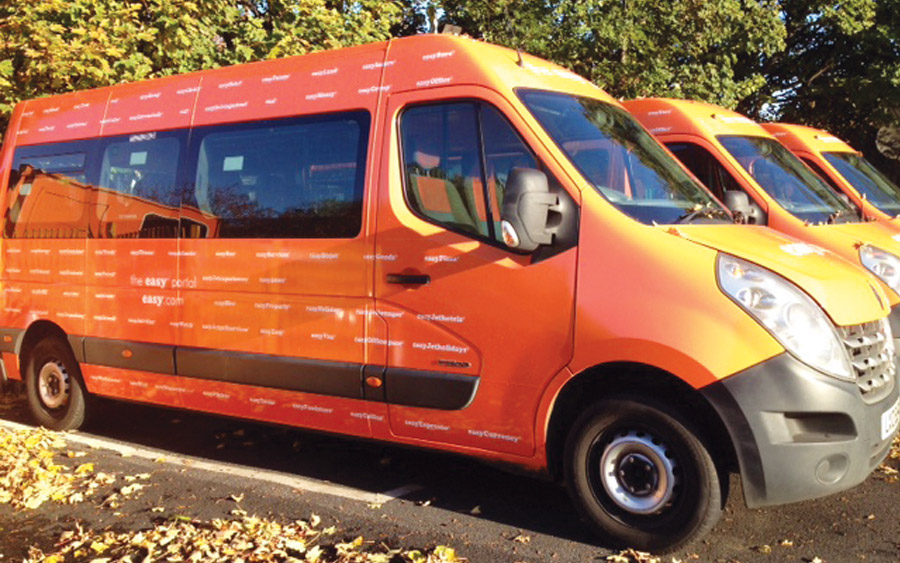 The easy brand success has made it a target for brand thieves to "pass off" goods and services in order to make a fast buck.

Consequently easyGroup has often had to take legal action to stop the theft of this very valuable brand.

Examples of brand thieves who have been stopped from using the easy brand without proper permission. 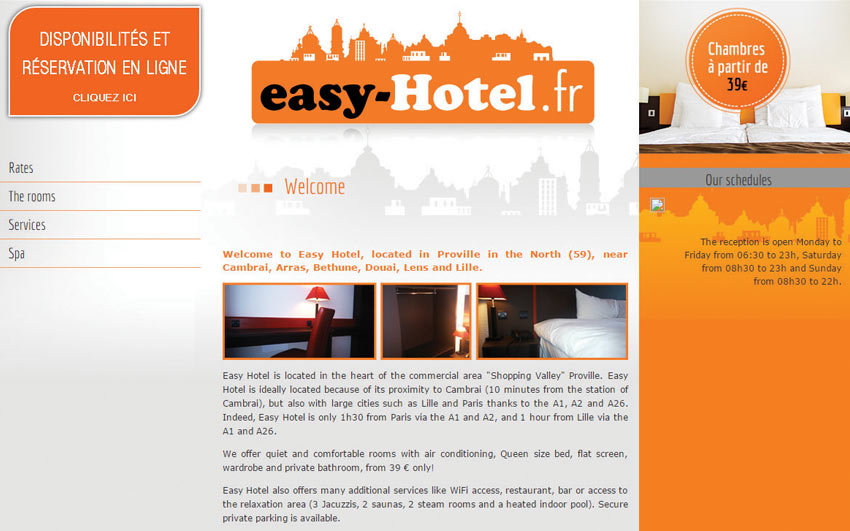 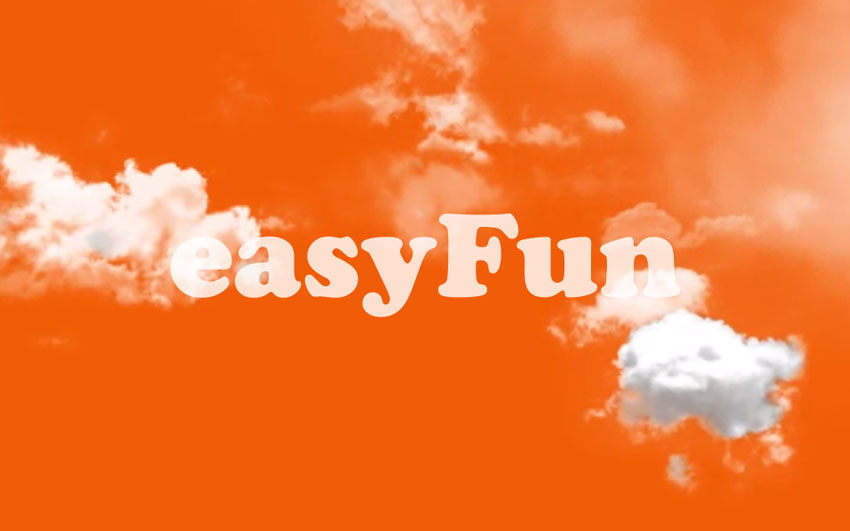 easyGroup sells shares in other easy branded businesses or licenses/franchises the brand to reputable partners; many of whom are large companies now in their own right (such as easyJet and easyHotel)
or alternatively launching a start up with fellow entrepreneurs who want to use the easy brand under licence - rather than having to create a new brand from scratch. 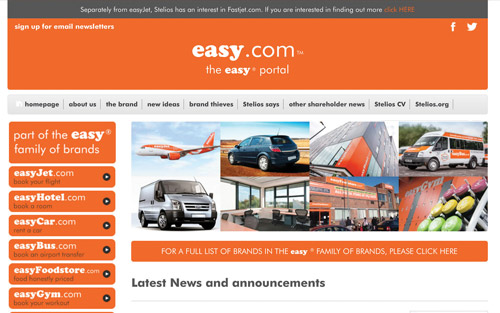 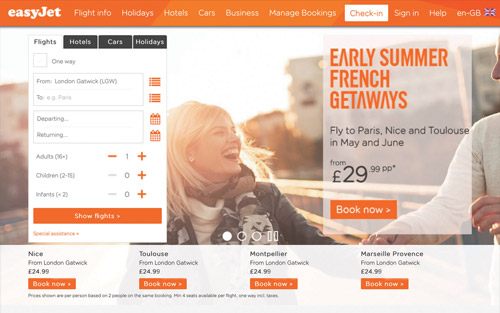 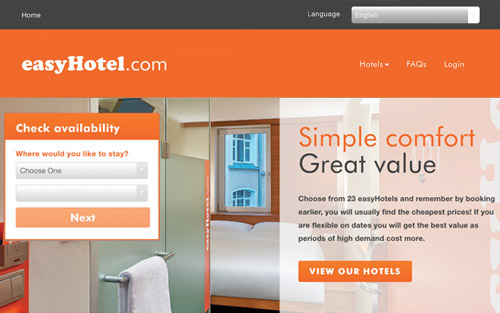 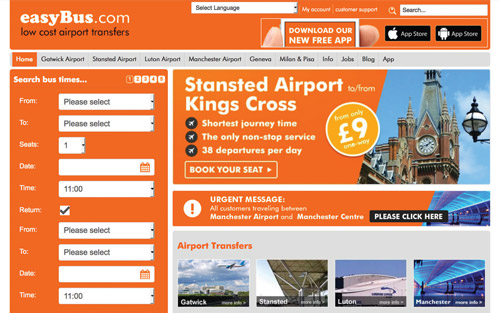 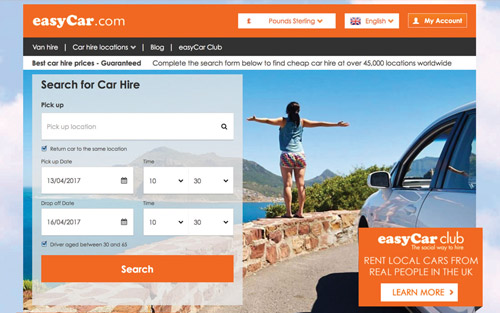 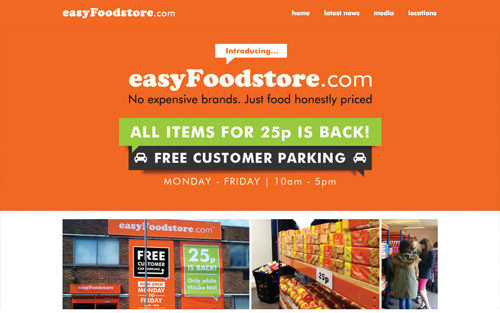 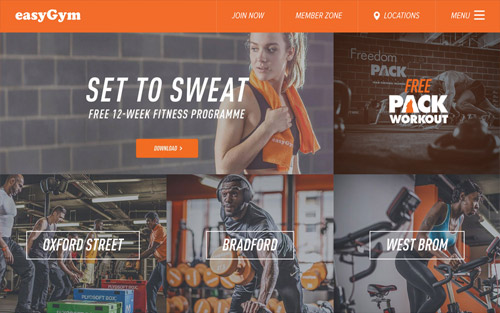 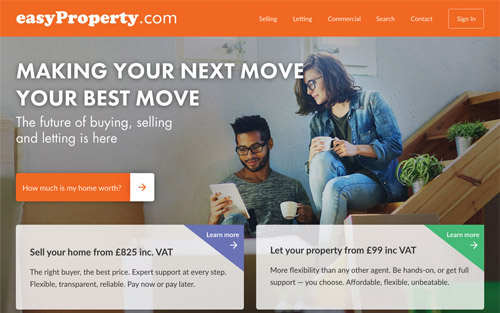 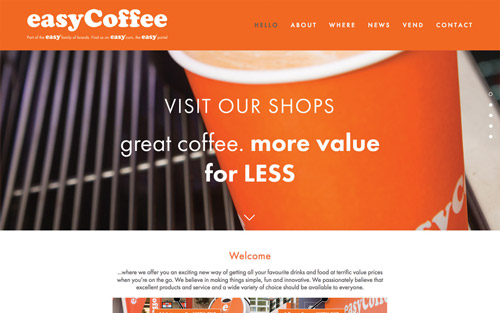 For more information on the easy brand and Stelios' charity work please see: 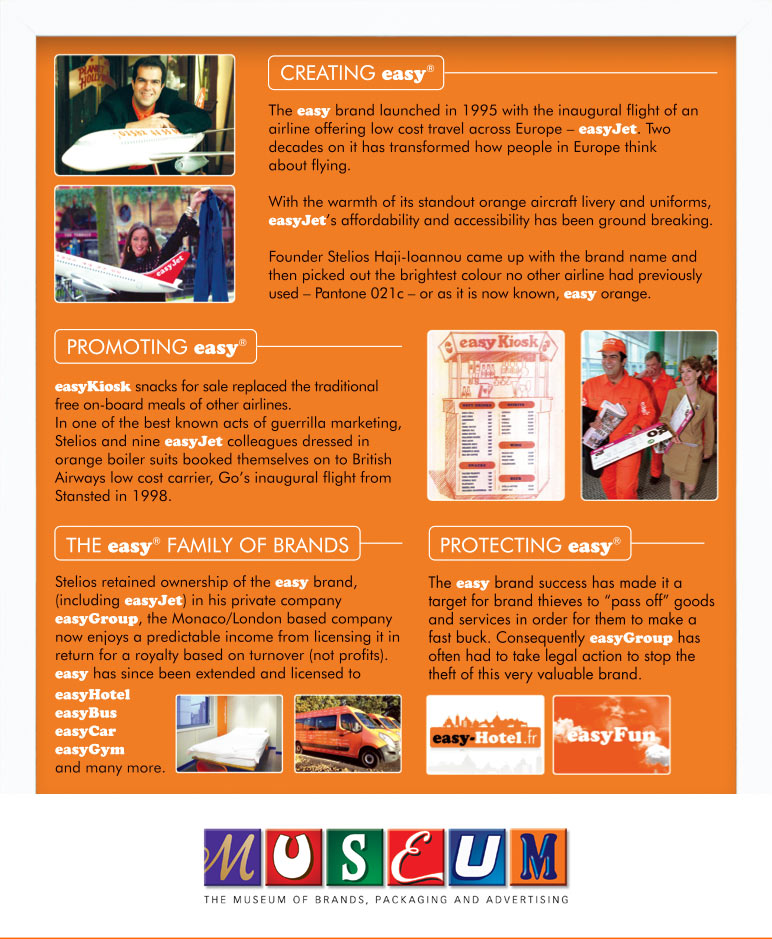 See the easy family of brands in a museum!!!